Sterling HR is committed to linking our expertise in the areas of Human Resources, Payroll, Benefits, Workers’ Compensation, and Safety with our clients’ needs to create a comprehensive Human Resources solution. Our goal is to work with you to reduce your employment related liability, labor costs, and time spent in transactional HR, while maximizing your employee productivity and increasing profitability for your business.

Customer satisfaction and a commitment to quality service are at the center of everything we do at Sterling HR. We believe trust is the foundation to a strong relationship with our clients. At Sterling HR you are not just our client, we are your partner. We are committed to exceeding your expectations at all levels of the Human Resources processes.

Through our partnership with Sterling Personnel, Inc., we have extensive experience working with various industries’ staffing needs. Our many years of experience as a small business in the Human Resources industry have helped us build a spotless reputation through our trusted and ethical partnerships with our clients.

State of the Art Technology

Whether it’s setting up and maintaining different payroll and benefits rules for our clients, to configuring workflows and approvals, our advanced technology gives us the flexibility to give you the personalized service you need. We provide a centralized portal for all your employee information. Plus, we can customize the look and feel of your employee portals and even designate access to specific reports and information for different managers.

Our dedicated HR staff is devoted to providing you with the highest customer service. We pride ourselves on our efficiency in solving your Human Resource issues. 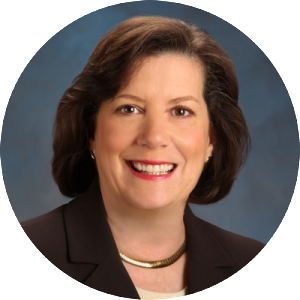 Sharon is the Owner and President of Sterling Personnel, Inc. and Sterling HR and an active participant in the Corpus Christi business community. After acquiring Sterling Personnel, Inc. in 2004, Sharon’s leadership has resulted in the substantial growth of the company, as well as the placement of thousands of workers in jobs throughout the Texas Gulf Coast.

Beyond serving as the CEO of Sterling Personnel, Sharon is dynamically involved in the community. She has served on the Board of Directors of the Corpus Christi Chamber of Commerce since 2010, serving as Chairman in 2014. She has served on the Texas Society of CPA’s state and local boards, and has also been actively involved in Leadership Corpus Christi as a Graduate, Chair of Class 34 and Chair of the Alumni Association in 2002 – 2003.

Sharon’s professional affiliations have resulted in numerous recognitions. On December 6, 2012, she received the Corpus Christi Chamber of Commerce’s Chairman’s Award, and while serving as the President of the Corpus Christi CPA Society in 2008-2009, the chapter was named Outstanding Mid-Sized Chapter in the state of Texas. In 2007, Sharon served as the President of the Corpus Christi Human Resource Management Association which was recognized on a national level during her term by the National Society for Human Resource Management with the Superior Merit Award.

Sharon is known for her integrity and effectiveness in business, as well as her dedicated commitment to making a difference in our community. She is an honors graduate from Corpus Christi State University, and has mentored other CPA’s in their careers.

We are pleased to meet you! Now tell us about yourself.